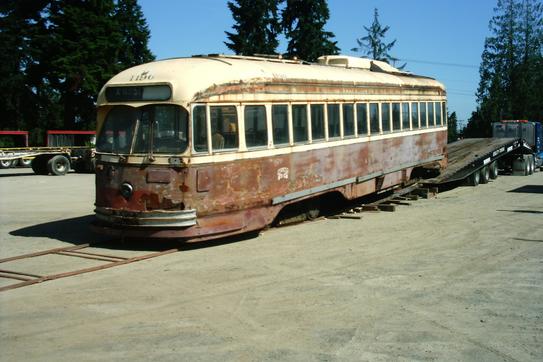 HRR contracted with the Kansas city regional transit alliance to rebuild a PCC trolley car. The car was built by the St. Louis Car Company for Kansas City Public Service, where it ran between 1947 and 1957. Next it went to the Toronto Transportation Commission where it was in service from 1957 to 1973; and finally to San Francisco Municipal Railway from 1973 to 1979.

The car was then sold to the Bay Area Electric Railroad Association in 1979 and was moved to the Western Railway Museum, in Rio Vista, CA. HRR transported the car from Rio Vista to their shops in Arlington WA.

Once at HRR shops, the front end, lower skirt and 12 inches of the low sheet metal on the cars' sides was removed to reveal all rust and damage. A significant amount of rust need to be removed and all car lines needed to be repaired. A new front end and sides were welded on and new skirts were made. The B-2 trucks were removed, cleaned, and painted. The interior lights, headlights, and trail light were rewired for 110 volt AC power. The PCC was painted in its original Kansas city colors with its original number of 551 placed on the front. 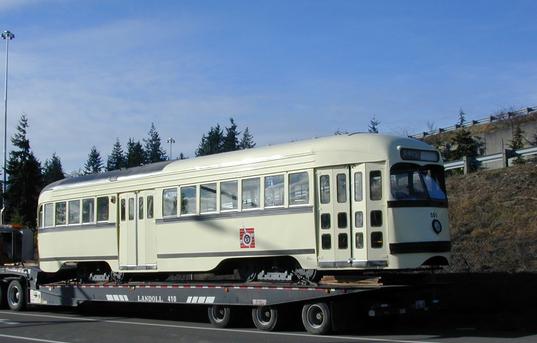 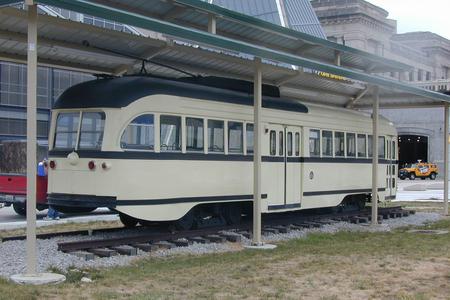 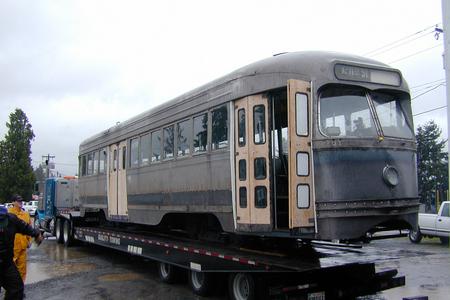